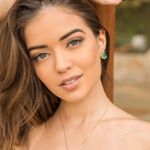 As per our current Database, Anna Rita Cerqueira is still alive (as per Wikipedia, Last update: May 10, 2020).

Anna Rita Cerqueira’s zodiac sign is Gemini. According to astrologers, Gemini is expressive and quick-witted, it represents two different personalities in one and you will never be sure which one you will face. They are sociable, communicative and ready for fun, with a tendency to suddenly get serious, thoughtful and restless. They are fascinated with the world itself, extremely curious, with a constant feeling that there is not enough time to experience everything they want to see.

Anna Rita Cerqueira was born in the Year of the Tiger. Those born under the Chinese Zodiac sign of the Tiger are authoritative, self-possessed, have strong leadership qualities, are charming, ambitious, courageous, warm-hearted, highly seductive, moody, intense, and they’re ready to pounce at any time. Compatible with Horse or Dog.

Brazilian actress known for her roles in feature films, television programs, and soap operas as well. She is most recognized for her recurring role of Flaviana on the soap opera Malhacao on the Rede Globo Network.

She first began acting professionally in 2003 when she was cast as Pandorinha in the series Kiss of the Vampire. She earned further recognition in 2007 with the role of Clara O'Neill Sullivan in the series Eternal Magic. Her feature film debut came in 2014 in Teen Confessions: The Movie.

She was nominated for a Contigo Prize! for Best Child Actress for her role as Clara in the series Eternal Magic.

She is the daughter of international journalist Renata Cerqueira.

She starred alongside Daniele Valente in the Brazilian comedy Adolescent Confessions in 2014.