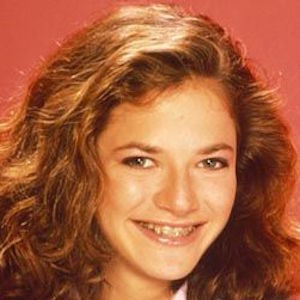 Does Andrea Elson Dead or Alive?

As per our current Database, Andrea Elson is still alive (as per Wikipedia, Last update: May 10, 2020).

Currently, Andrea Elson is 52 years, 4 months and 25 days old. Andrea Elson will celebrate 53rd birthday on a Sunday 6th of March 2022. Below we countdown to Andrea Elson upcoming birthday.

Andrea Elson’s zodiac sign is Pisces. According to astrologers, Pisces are very friendly, so they often find themselves in a company of very different people. Pisces are selfless, they are always willing to help others, without hoping to get anything back. Pisces is a Water sign and as such this zodiac sign is characterized by empathy and expressed emotional capacity.

Andrea Elson was born in the Year of the Rooster. Those born under the Chinese Zodiac sign of the Rooster are practical, resourceful, observant, analytical, straightforward, trusting, honest, perfectionists, neat and conservative. Compatible with Ox or Snake.

She was born in New York City and fell in love with acting when she was cast in a school production of Alice in Wonderland at age eleven. Three years later, she found herself on the TV series Whiz Kids.

She received Youth in Film Award nominations in 1986 and 1989 for her performance in the sci-fi sitcom ALF.

She was born in the same year and state as fellow television actor, Dondre Whitfield. Both she and Whitfield also appeared on soap operas The Young and the Restless and All My Children, respectively.