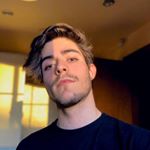 As per our current Database, Alvaro de Miguel is still alive (as per Wikipedia, Last update: May 10, 2020).

Alvaro de Miguel’s zodiac sign is Capricorn. According to astrologers, Capricorn is a sign that represents time and responsibility, and its representatives are traditional and often very serious by nature. These individuals possess an inner state of independence that enables significant progress both in their personal and professional lives. They are masters of self-control and have the ability to lead the way, make solid and realistic plans, and manage many people who work for them at any time. They will learn from their mistakes and get to the top based solely on their experience and expertise.

Alvaro de Miguel was born in the Year of the Snake. Those born under the Chinese Zodiac sign of the Snake are seductive, gregarious, introverted, generous, charming, good with money, analytical, insecure, jealous, slightly dangerous, smart, they rely on gut feelings, are hard-working and intelligent. Compatible with Rooster or Ox.

One of the triplets that run the YouTube channel Trillizos0201. Their challenges, pranks, and vlogs about triplet life have brought them 360,000 subscribers and 55 million overall views.

His first Instagram post was on May 11, 2014, and was a photo of a bowl of ramen. The caption read "NUDELSSSSSS!"

His brother is Pablo and his sister is Paula. They have a younger sister, Aitana.