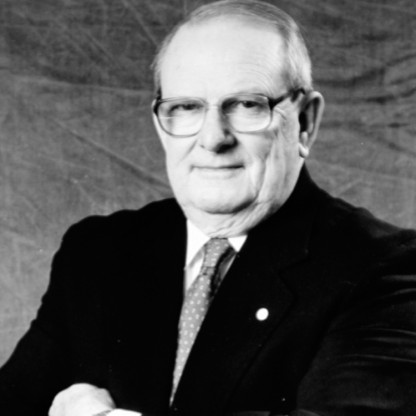 Allan McLeod Cormack was born on February 23, 1924 in Johannesburg, South Africa, South African, is Physicist. Allan McLeod Cormack was a South African-American physicist, who received the 1979 Nobel Prize in Physiology or Medicine. Though his primary area of research was nuclear physics and particle physics, he was noted for his contributions towards X-ray computed tomography. After completing his graduation and post graduation studies in physics and crystallography respectively, he took up research at the St. John's College, Cambridge. Between 1950 and 1956, he worked as a lecturer at the University of Cape Town following which he spent a sabbatical year doing research at the Harvard University. In 1957, he commenced his job at Tufts University. He remained at the university throughout his career, and also served as Chairman of the Physics Department from 1968 to 1976. In the 1960’s he came up with a mathematical formula that enabled the compilation of a precise image developed from data collected measurements of X-rays passing through the body from various directions. Though Allan M. Cormack and Sir Godfrey Newbold Hounasfield conducted studies independently, they were jointly awarded the 1979 Nobel Prize in Physiology or Medicine for ‘for the development of computer assisted tomography’. He was among the few laureates to receive the Nobel Prize in Physiology or Medicine without having earned a doctorate degree in medicine or any other field of science.
Allan McLeod Cormack is a member of Scientists

Allan McLeod Cormack’s zodiac sign is Pisces. According to astrologers, Pisces are very friendly, so they often find themselves in a company of very different people. Pisces are selfless, they are always willing to help others, without hoping to get anything back. Pisces is a Water sign and as such this zodiac sign is characterized by empathy and expressed emotional capacity.

Allan McLeod Cormack was born in the Year of the Rat. Those born under the Chinese Zodiac sign of the Rat are quick-witted, clever, charming, sharp and funny. They have excellent taste, are a good friend and are generous and loyal to others considered part of its pack. Motivated by money, can be greedy, is ever curious, seeks knowledge and welcomes challenges. Compatible with Dragon or Monkey. 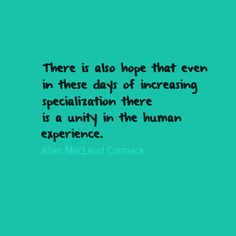 Cormack was born in Johannesburg, South Africa. He attended Rondebosch Boys' High School in Cape Town, where he was active in the debating and tennis teams. He received his B.Sc. in physics in 1944 from the University of Cape Town and his M.Sc. in crystallography in 1945 from the same institution. He was a doctoral student at Cambridge University from 1947–49, and while at Cambridge he met his Future wife, Barbara Seavey, an American physics student.

After marrying Seavey, he returned to the University of Cape Town in early 1950 to lecture. Following a sabbatical at Harvard in 1956-57, the couple agreed to move to the United States, and Cormack became a professor at Tufts University in the fall of 1957. Cormack became a naturalized citizen of the United States in 1966. Although he was mainly working on particle physics, Cormack's side interest in x-ray Technology led him to develop the theoretical underpinnings of CT scanning. This work was initiated at the University of Cape Town and Groote Schuur Hospital in early 1956 and continued briefly in mid-1957 after returning from his sabbatical. His results were subsequently published in two papers in the Journal of Applied Physics in 1963 and 1964. These papers generated little interest until Hounsfield and colleagues built the first CT scanner in 1971, taking Cormack's theoretical calculations into a real application. For their independent efforts, Cormack and Hounsfield shared the 1979 Nobel Prize in Physiology or Medicine. He was member of the International Academy of Science. In 1990, he was awarded the National Medal of Science.

Cormack died of cancer in Winchester, Massachusetts at age 74. He was posthumously awarded the Order of Mapungubwe on the 10 December 2002 for outstanding achievements as a scientist and for co-inventing the CT scanner.