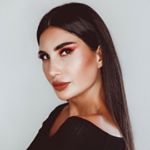 As per our current Database, Alice Abdel Aziz is still alive (as per Wikipedia, Last update: May 10, 2020).

Alice Abdel Aziz’s zodiac sign is Aries. According to astrologers, the presence of Aries always marks the beginning of something energetic and turbulent. They are continuously looking for dynamic, speed and competition, always being the first in everything - from work to social gatherings. Thanks to its ruling planet Mars and the fact it belongs to the element of Fire (just like Leo and Sagittarius), Aries is one of the most active zodiac signs. It is in their nature to take action, sometimes before they think about it well.

Alice Abdel Aziz was born in the Year of the Snake. Those born under the Chinese Zodiac sign of the Snake are seductive, gregarious, introverted, generous, charming, good with money, analytical, insecure, jealous, slightly dangerous, smart, they rely on gut feelings, are hard-working and intelligent. Compatible with Rooster or Ox.

Reality star who became the star of Beirut based reality show, The Sisters, which has a strong resemblance to the American show Keeping Up with the Kardashians.

She surprised her sisters with a trip to Lebanon's ski town in the second episode of her reality show. She has over 650,000 followers on her aliceabdelaziz Instagram account.

Her sister is Farah Abdel Aziz.

She and Sharon Osbourne both became famous with their families on reality TV.