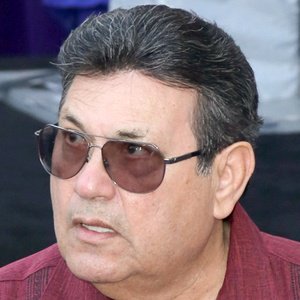 Abraham Quintanilla Jr. was born on February 20, 1939 in Corpus Christi, TX. Singer-songwriter and producer best known as the father of legendary Tejano singer Selena. He also managed his daughter's band Selena y Los Dinos, which featured his other famous chlidren.
Abraham Quintanilla Jr. is a member of Family Member

As per our current Database, Abraham Quintanilla Jr. is still alive (as per Wikipedia, Last update: May 10, 2020).

Abraham Quintanilla Jr.’s zodiac sign is Pisces. According to astrologers, Pisces are very friendly, so they often find themselves in a company of very different people. Pisces are selfless, they are always willing to help others, without hoping to get anything back. Pisces is a Water sign and as such this zodiac sign is characterized by empathy and expressed emotional capacity.

Abraham Quintanilla Jr. was born in the Year of the Rabbit. Those born under the Chinese Zodiac sign of the Rabbit enjoy being surrounded by family and friends. They’re popular, compassionate, sincere, and they like to avoid conflict and are sometimes seen as pushovers. Rabbits enjoy home and entertaining at home. Compatible with Goat or Pig. 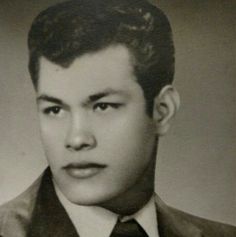 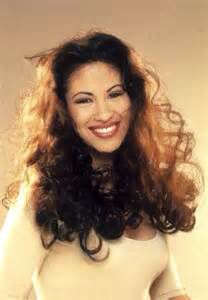 Singer-songwriter and Producer best known as the father of legendary Tejano singer Selena. He also managed his daughter's band Selena y Los Dinos, which featured his other famous chlidren.

During the late 1950s, he was a singer for the group Los Dinos. He performed with them for many years before he began working for Dow Chemical full time to support his family. He eventually opened the restaurant PapaGayos, where his children would begin their own performing careers.

He worked as a Producer on his daughter's 2003 Greatest Hits album and on her 1997 eponymous biographical film.

He met his wife, Marcella Samora, after being drafted into the military. They had three children together: Selena, A.B., and Suzette.

In the 1997 biopic Selena, he was portrayed by Stand and Deliver actor Edward James Olmos.