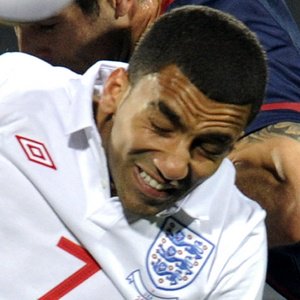 Aaron Lennon was born on April 16, 1987 in Leeds, England. English winger who joined Tottenham Hotspur in 2005 and became a member of the English national team in 2006; helped lead Tottenham to a Football League Cup Championship in 2007-08.
Aaron Lennon is a member of Soccer Player

Does Aaron Lennon Dead or Alive?

As per our current Database, Aaron Lennon is still alive (as per Wikipedia, Last update: May 10, 2020).

Currently, Aaron Lennon is 35 years, 2 months and 10 days old. Aaron Lennon will celebrate 36rd birthday on a Sunday 16th of April 2023. Below we countdown to Aaron Lennon upcoming birthday.

Aaron Lennon’s zodiac sign is Aries. According to astrologers, the presence of Aries always marks the beginning of something energetic and turbulent. They are continuously looking for dynamic, speed and competition, always being the first in everything - from work to social gatherings. Thanks to its ruling planet Mars and the fact it belongs to the element of Fire (just like Leo and Sagittarius), Aries is one of the most active zodiac signs. It is in their nature to take action, sometimes before they think about it well.

Aaron Lennon was born in the Year of the Rabbit. Those born under the Chinese Zodiac sign of the Rabbit enjoy being surrounded by family and friends. They’re popular, compassionate, sincere, and they like to avoid conflict and are sometimes seen as pushovers. Rabbits enjoy home and entertaining at home. Compatible with Goat or Pig. 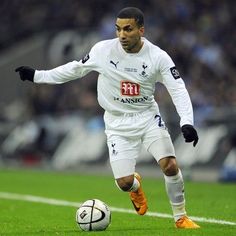 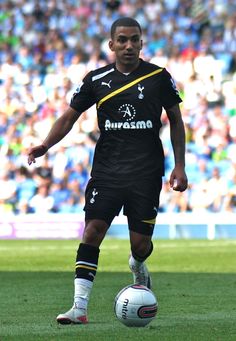 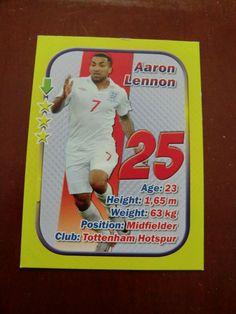 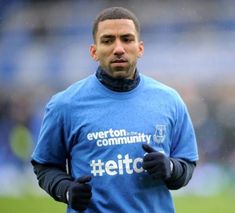 English winger who joined Tottenham Hotspur in 2005 and became a member of the English national team in 2006; helped lead Tottenham to a Football League Cup Championship in 2007-08.

He began his youth career playing for Leeds United Academy at the age of 14.

He was nominated for the PFA Young Player of the Year Award three times between 2006 and 2009.

He was born in 1987 in Chapeltown, Leeds, England.

He joined Frank Lampard on the English national team in 2006.