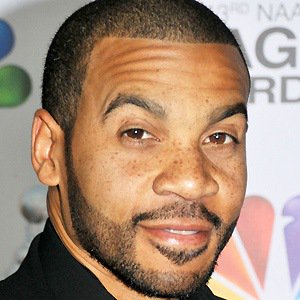 Aaron D. Spears’s zodiac sign is Cancer. According to astrologers, the sign of Cancer belongs to the element of Water, just like Scorpio and Pisces. Guided by emotion and their heart, they could have a hard time blending into the world around them. Being ruled by the Moon, phases of the lunar cycle deepen their internal mysteries and create fleeting emotional patterns that are beyond their control. As children, they don't have enough coping and defensive mechanisms for the outer world, and have to be approached with care and understanding, for that is what they give in return.

Aaron D. Spears was born in the Year of the Pig. Those born under the Chinese Zodiac sign of the Pig are extremely nice, good-mannered and tasteful. They’re perfectionists who enjoy finer things but are not perceived as snobs. They enjoy helping others and are good companions until someone close crosses them, then look out! They’re intelligent, always seeking more knowledge, and exclusive. Compatible with Rabbit or Goat.

American actor who played the role of Justin Barber on the soap opera The Bold and the Beautiful and was nominated for three NAACP Image Awards for Outstanding Actor in a Daytime Drama Series.

He grew up playing sports which he used as a strength to launch into acting.

He has also appeared in other television series such as Bones and Everybody Loves Raymond.

He grew up with his family in Washington D.C.

He has played a role on the soap opera, The Bold and the Beautiful, which has also featured stars such as Katherine Kelly Lang.